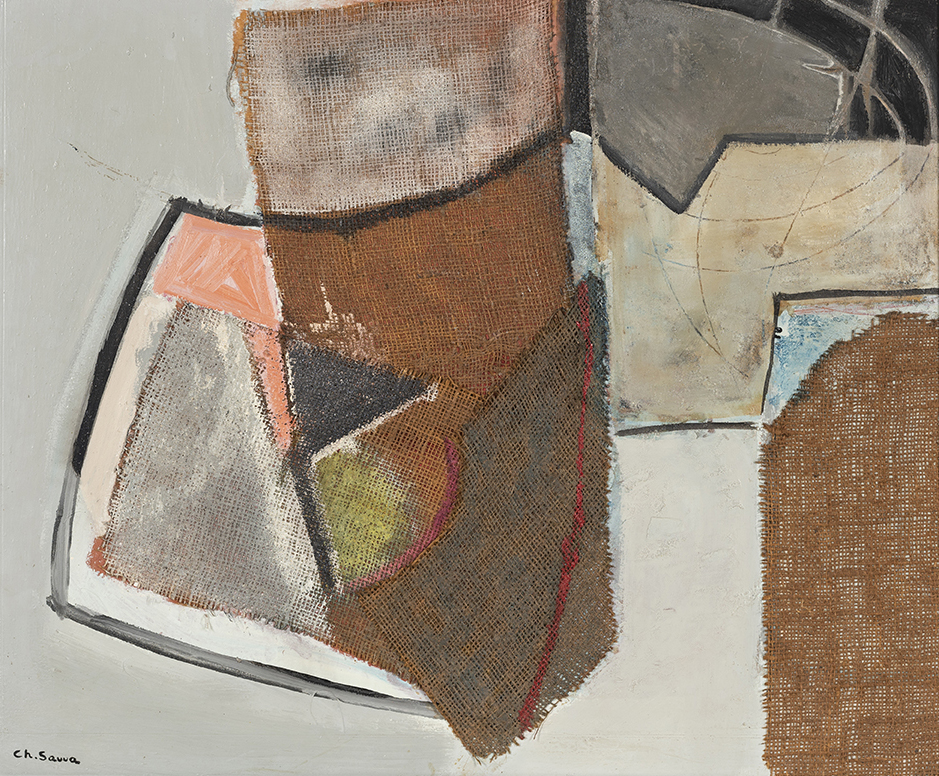 The Culture Department of the Ministry of Education and Culture announces that the Cyprus Pavilion at the 58th Venice Biennale of Art will present a posthumous exhibition of works by the artist Christoforos Savva (1924 – 1968).

The idea of a thorough presentation of Christoforos Savvas’ work at the Venice Biennale emerged through a series of concurrences.

The current year marks a double 50-year anniversary for Savva, a pioneer of contemporary Cypriot art; in 1968, he was among the six artists representing Cyprus in its first official participation in the Venice Biennale as an independent state; it also makes the 50th anniversary of his premature death, shortly after the vernissage of the exhibition. The intention of the Ministry of Education and Culture to commemorate these historical anniversaries coincided with a collaboration proposal by Point Centre for Contemporary Art, Nicosia, for the presentation of a survey show that would bring Savva’s work to a broader international audience.

Point Centre for Contemporary Art aimed to organise a survey show on the work and legacy of Cypriot artist Christoforos Savva. With this objective, the Foundation invited Italian curator and art historian Jacopo Crivelli Visconti to explore and examine, both the visual production of this seminal artist and his catalytic effect in the shaping of the Cypriot art scene from the 1950s and ’60s until today, his references and influences, as well as his revolutionary ideas and methods relating to the wider practice of contemporary art. This initiative centred around the need to examine and contextualise Christoforos Savva’s work through the diverse, contemporary perspectives of the field of art history and criticism, while staging a series of exhibitions, presentations and events in museums, institutes and art centres in Cyprus and abroad.

An added layer of current relevance to this endeavour would be the need to revisit the history of Cypriot modernism in art, and attempt to reinstate its legitimacy vis-à-vis the Western Canon as well as any impaired or compromised notions of Cypriot modernity.

Jacopo Crivelli Visconti, who will serve as the curator of the Cyprus Pavilion for the upcoming edition of the Biennale, writes on Savva:

Christoforos Savva died in 1968, just a few weeks after the opening of the first official participation of Cyprus at the Venice Biennial, a group show featuring, apart from Savva, Andreas Chrysochos, Costas Joachim, George Kyriacou, George Skotinos and Stelios Votsis. Bringing Savva’s work back to Venice, fifty years after his untimely death and his first and only presence at the Biennial, is both an homage to a major figure of Cypriot art, and an opportunity to reflect on the processes that shaped the image that the country promoted abroad. As many post-colonial states, Cyprus did not have the chance to deal with the ‘modern’ in a substantial and autonomous way, ultimately choosing to delve directly into the ‘contemporary’, at least insofar as historiography and often the international visibility of its artistic production are concerned. Thus, revisiting a key moment in the island’s recent history becomes a fundamental step towards a better understanding of its contemporaneity.

The exhibition will include works from different periods of Savva’s relatively short career. Starting from the ‘landscape paintings’ of the early years, it will focus mainly on works from his most personal series, never before seen outside Cyprus, such as the abstract paintings, the appliqués and the cement reliefs, culminating with some of his latest works – a selection of the original pin reliefs that were included in the inaugural Cyprus Pavilion show in Venice. Apart from the works, the exhibition will also include documentation on the artist’s life and practice, with an emphasis on the seminal experience of the Apophasis Gallery, in an effort to contextualise, not only the outstanding quality of Savva’s work, but also, well beyond that, his crucial role in the consolidation of a contemporary art scene on the island.”

The proposal for the Cypriot representation was endorsed by the Advisory Committee for the Selection of Artists and Works of the Ministry, comprising a number of independent art professionals in Cyprus.

The Cyprus Pavilion project will be realised through a collaboration between the Ministry of Education and Culture, Cultural Services and Point Centre for Contemporary Art. The programme of exhibitions and publications will be launched in Cyprus, with a Nicosia retrospective preceding the Venice show.

For a second consecutive edition, the Cyprus Pavilion will be housed at Associazione Culturale Spiazzi, Castello 3865, 30124 Venezia.

The 58th Venice Biennial, under the artistic direction of Ralph Rugoff, opens on 8 May 2019 for the Press and accredited professionals and on 11 May for the general public.

Christoforos Savva (1924-1968, Marathovounos) lived and worked in Nicosia. After serving in the Cypriot Regiment of the British Army during World War II, he moved to London for studies at St. Martin’s School of Art and the Central School of Art, before enrolling at Heatherley’s School of Art where he studied until 1953. During the next two years, he spent time in Cyprus where he presented his first solo exhibitions and became involved in the local artistic milieu, while being one of the founders of the Pancyprian Union of Art Votaries. In 1956, he returned to London and later moved to Paris for further studies at the Académie Montparnasse, under André Lhote. The end of the decade found Savva settling in Nicosia, where he quickly established himself as one of the leading artists in a vibrant art scene, both through his own art practice and through the activities of “Apophasis” [Decision] Gallery, Nicosia. “Apophasis” which he founded in 1960 in collaboration with Welsh artist Glyn Hughes, was the first independent cultural centre of the newly founded Republic of Cyprus. As a space where creative synergy and exchange could take place, the gallery was soon to become the epicentre of intellectual and cultural activity on the island, hosting numerous exhibitions, lectures, plays and film screenings. In 1968, Savva was one of the artists selected to represent Cyprus in its inaugural Pavilion at the Venice Biennale, but only a few weeks after the opening, he died suddenly in Sheffield, UK. On the occasion of a double fifty-year anniversary associated with the participation of Christoforos Savva in the first official show of the Republic of Cyprus at the Venice Biennale in 1968, as well as the subsequent death of the artist in the same year, his work will represent Cyprus at the 58th Venice Biennale of Art.