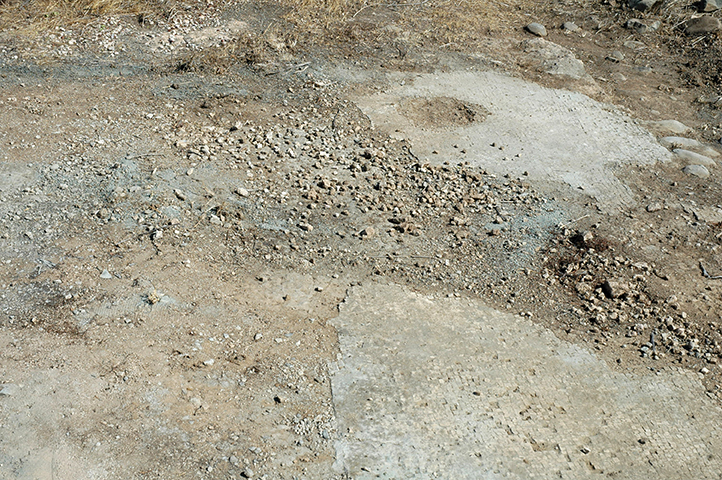 Two Days After Forever is a solo presentation by artist Christodoulos Panayiotou, taking as one of its starting points the invention of archaeology and its instrumental role in forging the master narrative of history. It is a discursive proposal that considers an open-ended cartography for art and its territory.

The exhibition considers how the formal structure of antiquity can be fundamentally interrogated, enabling new spaces of imagination to emerge. Adopting a diversity of strategies, Panayiotou questions how tradition is formed and authorship and authenticity are governed. Through an act of meticulous staging, the artist critiques modernity’s hyperbolic and aspirational fabric and its inconsistent notion of progress.

Adopting a multi-disciplinary approach, and returning to central ideas of his research, Panayiotou’s work will manifest in a number of forms: as architecture—floors and walls, as choreographies—of movement and stillness, and as text that is both revealed and concealed. These are not definitive proposals, but open-ended topographies that seek to question the individual’s relationship to the constantly fluctuating act of making history.

Memory and memorialisation, historical fragmentation and completion, are in turn central points of exploration within this project. Panayiotou considers the transformative potential of the human in relation to the rarefied object, and critically explores the role of the readymade in contemporary practice through acts of creation and de-creation. Thus, the structures of economy are explored, materials are activated and their symbolic value is questioned.

Two Days After Forever is an exhibition that adopts different modes—it sleeps and awakens and embodies different temporalities. The project as such manifests as an anthropology of movement in the pavilion, where histories of illusion and disenchantment, dramaturgy and the Romantic ballet are revisited. These themes will be evidenced through ongoing performances that merge biography with historical imaginaries.

Two performances, The Parting Discourse and Levant U-Turn will take place during the opening days of the biennale. The former will occur between the stage of Teatro Goldoni and the Cyprus Pavilion on 6th May, while the latter will see participants delve into the Mediterranean on 8th May. These will be the first of a series of activations, further details of which will be announced in the summer.